The Indian head coach Ravi Shastri reckons that the Indian skipper Virat Kohli has come back to Australia as a more mature player than he was when India visited Down Under four years back in 2014-15.

During a chat with the reporters in Brisbane, Shastri said, “He is a professional, he has matured now. What you saw of him four years ago, he has played all around the globe since then, he has captained the side. That alone comes with a tag of responsibility, which has fit well on his shoulders and he has fit extremely well, and he will not put his put his foot off the pedal now.”

The last time Virat was in Australia, he scored as many as 692 runs in four Tests with four centuries and a half-century at an average of 86.50. He has since then reigned supreme in all formats of the game scoring in all parts of the world. He is by far India’s leading run-scorer in Tests and ODIs in 2018 and has done equally well in the shortest format as well despite not playing too many games.

ALSO READ: Shastri announces no more chopping and changing in the ODI squad

Shastri expressed that Kohli loved coming to Australia especially because the pitches suited his style of play and he was confident the India captain will do well yet again.

The Indian head coach explained, “He won’t take his foot off the gas that is for sure. Kohli loves coming to Australia, he is passionate, about the game, the pitches here suit his style of play and once you have done well in this part of the world you will always want to come out and play well again. It does not matter which sides wins or loses as long as there is competition, I know the people love it. Whether it is the media, whether it is the people watching it on television or at the ground.”

Despite the fact that Team India will be commencing their Australian tour with three T20Is, the focus has already shifted to the four-match Test series that follows. Till date, the India team has played 11 Test series in Australia, but they are yet to win a series having lost 8 and drawn 3. Even this year, they have lost grueling series against South Africa and England by 2-1 and 4-1 respectively, Shastri was confident India will change history this time around despite not having a good record when traveling overseas.

Talking about the same, Shastri said, “Nucleus of the team is pretty much the same so if you look experience wise they have a gained a lot touring over the last four years. They have learned from the mistakes in the earlier tours. When you look at teams that travel now around the world, I have said that before and I repeat it again, there aren’t too many sides. Australia did it for a while in the 90s, but other than the two if you look at the last five or six years you tell me which team has traveled well so why pick on India?”

The one thing that is in favor of the Indian team is their potent bowling attack which is well capable of taking 20 wickets needed to win a Test. The bowling attack comprises of Bhuvneshwar Kumar, Jasprit Bumrah, Ishant Sharma, Umesh Yadav, and Mohammad Shami, and these guys have some serious talent of taking wickets.

Ever since the ball-tampering incident that took place in South Africa earlier this year, the form of the Australian team has seen a downfall as their crucial players David Warner and Steve Smith got banned. Despite a weakened team, Shastri said that it would foolish to underestimate the Australians, especially in their own backyard.

The Indian head coach said, “I think once you have a sporting culture in you, you will always have that. And I always believe no team is weak at home. We are going to put out our best foot forward and focus on our game.”

Shastri also deemed Australia’s new friendly approach as irrelevant insisting that on-field aggression has often been overhyped. He feels that players like Glenn McGrath and Shane Warne would’ve anyways taken wickets even if they haven’t involved in the altercations as if a player is good at what he does, it doesn’t matter which side you are playing for that cricketer will do well as well as the team. 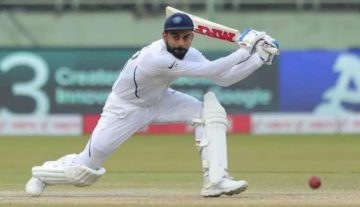