The Windies pacer, Sheldon Cottrell reckons that the King XI Punjab (KXIP) skipper, KL Rahul is a phenomenal cricketer and he is looking forward to picking latter’s brains in the upcoming Indian Premier League (IPL) 2020. The IPL 2020 s scheduled to be taking place between September 19 to November 10 and the tournament will run for 53 days. The upcoming season will be played at three venues – Abu Dhabi, Dubai, and Sharjah.

In an interaction with ANI, Cottrell talked about playing under KL Rahul, sharing the dressing room with Mohammed Shami, and possibly taking the knee during the IPL.

ALSO READ: Ravindra Jadeja Indulges In An Altercation With A Woman Cop

Talking about the same, Cantrell said, “I am very much excited about playing in the IPL. I am looking forward to playing under the captaincy of KL Rahul, he is a wonderful guy. I would be playing alongside Chris Gayle and Nicholas Pooran as well. I am going to give me 120 percent all the time. The first time I spoke with KL Rahul was when India last toured the Caribbean; we talked briefly, he is a phenomenal cricketer. I would look to pick his brains as he has played a lot more cricket than I have.”

Sheldon Cottrell enjoyed a purple patch during the 2019 World Cup when he scalped 12 wickets at an average of 8.25 and it can be said that it was this performance which landed him a hefty paycheck from the KXIP. The southpaw seamer has been known for one of the most unique wicket celebrations in the game today as he gives a salute to the batsman he had dismissed.

Explaining his celebration, Cottrell replied: “I am just looking forward to bring my A-game and my ”salutes” to the fans who are watching worldwide. Mohammed Shami has been playing IPL since the very start, he has to possess something special and with me as a professional athlete, I always want to pick the brains of top players, I am a student of the game and I am still learning, so I will continue learning from him as well.”

However, before the IPL Cottrell will also be playing in the Caribbean Premier League (CPL) which starts from August 18 in Trinidad and Tobago. He will be playing for St Kitts and Nevis Patriots in the tournament. 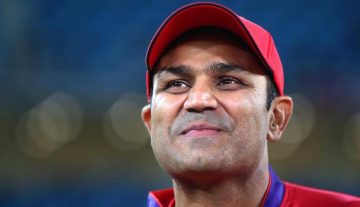