Chennai faced a sudden shock after the news of the demise of Dravida Munnetra Kazhagam (DMK) president M Karunanidhi broke on Tuesday. Having been admitted to the city hospital on July 28, Karunanidhi breathed his last at 6.10 p.m, sending a sorrow wave all across the region where people couldn’t stop mourning the 94-year-old’s death.

While the veteran politician’s impact popularity in Tamil Nadu isn’t hidden from anyone, not many know that Karunanidhi was an ardent Chennai Super Kings supporter and a huge fan of MS Dhoni. His love for the team was such that he watched every CSK match.

N Srinivasan, in conversation with ET Now, called Karunanidhi an avid cricket follower and the greatest Chennai Super Kings fan. He revealed: “Whenever CSK used to play here (in Chennai), he would come to watch the matches. He would go upset why CSK would lose. To him, cricket was very important. He was a great admirer of the sport. Unfortunately CSK had to leave Chennai, otherwise, he would have been there to see them lift the cup (IPL 2018 title).”

Even team CSK expressed sorrow on the demise of the veteran politician while also acknowledging how great a fan he was of the franchise. CSK tweeted, “The Super King of Dravidian Movement was a mighty sports fan and loved watching the Men in Yellow at Chepauk. #RIPKalaignar”.

The Super King of Dravidian Movement was a mighty sports fan and loved watching the Men in Yellow at Chepauk. #RIPKalaignar 🦁💛 https://t.co/20kQiHSrM7

As per a report in The News Minute, although Karunanidhi was always busy with his work, the only thing that could get him out of the professional life was cricket. Talking about the same, his daughter Kanimozhi said, “He would be traveling and attending meetings. Every time there was a match, he would call home and ask for the score. I would pick the call sometimes and ask what match. He would tell me to pass the phone to my mother.”

Revealing something further, a staff member of The News Minute said that sometimes the well-known public figure used to reschedule appointments to catch cricket matches. He said, “He would somehow adjust meetings, or even cancel them. He always has some company while watching matches, sometimes just District Secretaries who would have come to meet him. He will keep commenting on the match, discussing what’s happening and the others would be lost as to how to react.”

A huge crowd had gathered in front of the Rajaji Hall where the body of Karunanidhi was kept. Prime Minister Narendra Modi was amongst several who had arrived to pay homage to the former TN Chief Minister. 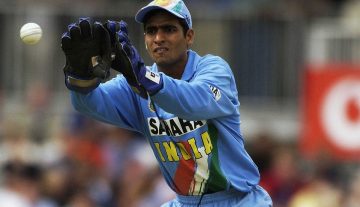