In the last ODI of the six-match ODI series between the hosts South Africa and the visitors India at the SuperSport Park (Centurion), India clinched a comfortable victory. With this victory, India won the ODI series by the 1-5 margin. 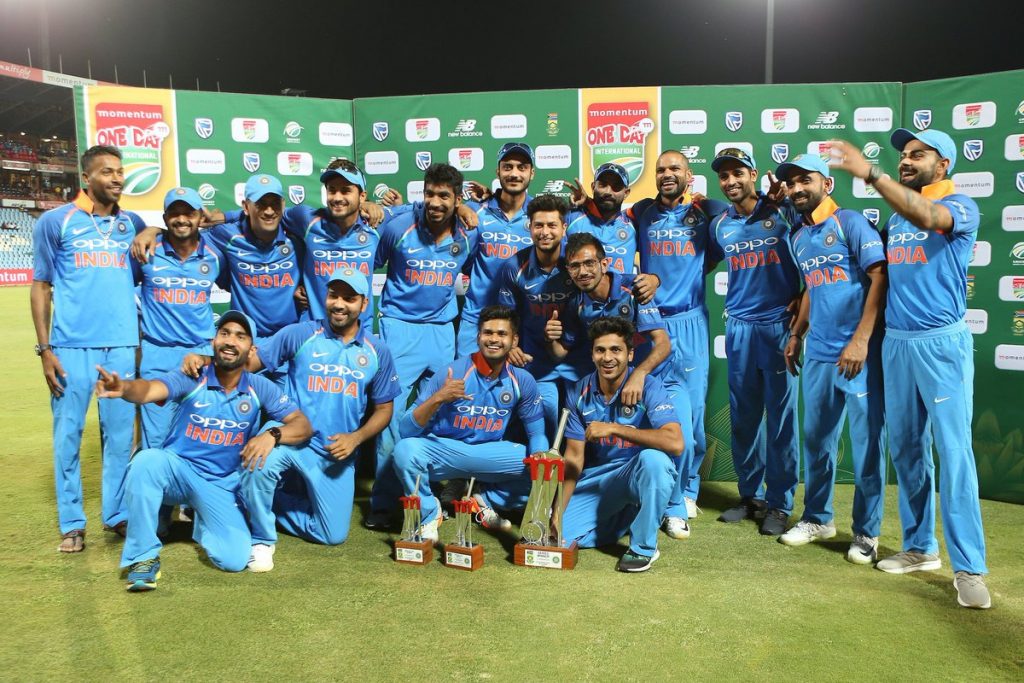 India decided to bowl first after winning the toss. South Africa failed to provide some fight against the strong Indian bowling line-up as they were bundled out for just 204 in 46.5 overs.

In reply, India chased down the target in 32.1 overs after losing only 2 wickets. Indian skipper Virat Kohli against scored a century in this ODI.

India won this match by 8 wickets with 107 balls to spare and claimed the ODI series by the 1-5 margin.

i) Fourth wicket-keeper in international cricket history to do this. Here is the detail list:

i) South Africa’s third lowest first innings total against India in a day/night ODI match. Here is the detail list.

i) Fourth best ODI bowling figure by an Indian pacer against South Africa. Here is the detail list:

i) Second joint most no.of wickets taken by any bowler in a bilateral ODI series. Here are details:

Most wicket-takers in a bilateral ODI series history 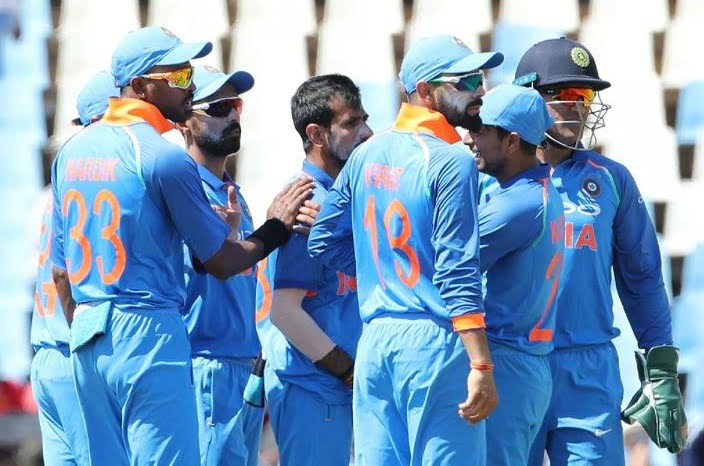 i) Since 2001, it is the third fastest ODI century by an Indian batsman against South Africa. The top three list is given below:

Most no.of centuries by an ODI captain

i) Second highest ODI knock by any Indian batsman against South Africa on the South African soil. The record holder is also Virat Kohli with 160* knock at Cape Town during the third ODI of this series (on 7th February 2018).

ii) Fourth highest ODI knock by an Indian batsman on the South African soil (against any team). Here is the detail list:

i) Most runs scored by any batsman in a bilateral ODI series. The previous record holder was another Indian batsman Rohit Sharma with 491 runs (6 ODIs) during the Australia tour of India for 7-match ODI series in 2013/14.

i) Second largest ODI victories (by balls remaining in the second innings) for India against South Africa on the South African soil. The record is winning by 177 balls to spare at the same venue (Centurion) in the second ODI of this series (4th February 2018).

ii) Fourth largest ODI defeats (by balls remaining in the second innings) for South Africa on their home soil. Here is the detail list:

i) Only second team to win more than four ODIs in a bilateral ODI series on the South African soil. Australia was the first team to do this when they had won an ODI series in South Africa by the 1-5 margin in 2001/02. 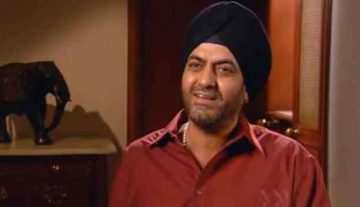