On Monday, legendary Indian batsman Sunil Gavaskar was appointed as the commissioner of the inaugural edition of the T20 Mumbai League, which will be taking place in Mumbai from 11 to 21 March. The T20 Mumbai League will be conducted by Probability Sports Private Limited, a consortium of Probability Sports and Wizcraft, with the approval of the Mumbai Cricket Association (MCA).

All the matches of the League, in which six teams are participating, will be held at the iconic Wankhede Stadium. The announcement to appoint Gavaskar was made by the Mumbai Cricket Association (MCA) and Probability Sports India Private Limited (PSIPL) through a media release. Gavaskar was the first Test batsman to score 10,000 runs.

During the release, Gavaskar talked about the T20 league, he said, “The T20 Mumbai League is a very exciting development in the city’s cricketing landscape, and it is thrilling to be a part of it from the inaugural edition itself. Mumbai is bursting with talent, and the league will provide the much-needed platform for young cricketers to showcase their skills and scale great heights.”

MCA president Ashish Shelar backed the legendary Indian batsman to do a brilliant job. He said, “His immense experience and passion for the game will provide strength to the league. We look forward to his invaluable insights to make the T20 Mumbai League the best in the cricketing world.” 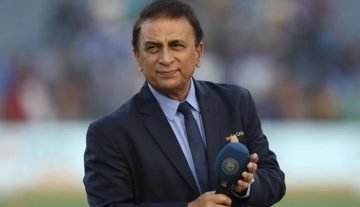