Legendary batsman Sunil Gavaskar immensely criticized the tactics of the Royal Challengers Bangalore (RCB) skipper, Virat Kohli in the last 4 overs of the first innings, saying giving away 74 runs in the said period cost them the sixth Indian Premier League (IPL) 2020 match in Dubai against Kings XI Punjab (KXIP) on Thursday. Gavaskar said Kohli did not use all his first-choice bowlers in the last 4 overs when KL Rahul was going berserk.

Despite being of the finest fielders of the game, Kohli dropped Rahul twice in as many overs before the KXIP captain hit the first hundred of the IPL 2020 season. Talking about the game, Gavaskar said, “You got to question Virat Kohli’s tactics in the last 4 overs. 74 runs in the last 4 overs, you saw who the bowlers were, you wouldn’t be too surprised. I thought the last 4 overs would go for maybe 50 runs but they went for 74 runs. That’s too much.”

Kohli wasn’t left with a lot of options as Umesh Yadav had another bad day with the ball as he had conceded 35 runs in 3 overs. RCB skipper trusted Dube, who had given away just 10 runs and picked a couple of wickets in his first 2 overs, to bowl the final over but the young all-rounder gave away 23 runs.

Talking about the same, Gavaskar said, “Well, it certainly seems to be the case as far as his tactics were concerned in the last 4 overs because he just dropped KL Rahul in the 70s and the 80s and that may have stayed on his mind. At the end of the day, they almost lost by 100 runs, that’s another matter. If it had been a matter of chasing 185-190, it would have been a completely different situation.”

He further added, “However great you are, at the end of the day, you’re human. Your feelings are always there, you’re always thinking ‘oh I should have taken that catch. Is it going to cost me much?’. In trying to think that way, you sometimes tend to think ‘should I be moving that fielder there, should I be bowling him’.”

Kohli took the blame for RCB’s 97-run defeat. Apart from dropping the catches, the RCB captain failed to trouble the scorers much in a horror evening in Dubai. The RCB skipper had received the fine of fined ₹12 lakh for not maintaining the over rates as well. With their confidence taking a hit after the crushing loss, RCB will face another stern challenge as they face Mumbai Indians (MI) in their next IPL 2020 match on Monday. 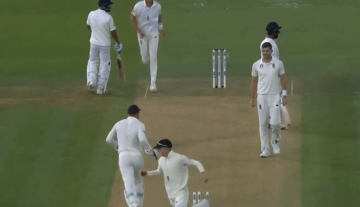