And yet again the juggernaut has sprinted away, not even a glance was thrown back, it kept motoring on, the detractors, well, there are bound to be a few, perhaps more than a few, there they were licking their wounds, perhaps cringing yet again, the juggernaut does not bother!

Indian Premier League (IPL), the maverick which has taken the game of cricket by the scruff of the neck and has toppled it, it has slipped, yes, it has floundered, yes, but the sprint evaded the erosions, and here it is again, after 11 seasons, standing in full glory, without a trace of apprehension.

60 days, and perhaps umpteen memories, IPL masquerading as a cricket league has risen again, it has shown the world what it actually means, and such has been the aura that it has forced the once naysayers to come take refuge under this very sensation!

This season has been a colossal success, two banished teams made it back, one of them is in the finale, few others were rejigged, there was stupendous support, stadiums were flocked, TRPs shot through the roof and unknown names were part of the everyday hymn.

Remember Rocky Balboa, well, this is the romance of sports, this is what makes me certain that life can be beautiful if people give it all out on the field and let their emotions be stripped naked!

MS Dhoni leads them, MS Dhoni is their face, MS Dhoni thinks when others are tired and surrender, and MS Dhoni and Chennai Super Kings are in the finals, they await the Sunrisers Hyderabad.

They were hailed ‘dad’s army’, their average age was 31, they were slow on the field, but yes, they all pooled in and performed. Boy, if you have a captain Dhoni lead you, a glance and you know it is you versus them and this season, you have triumphed although being banished.

What keeps them ticking?

For starters, it is a well-oiled machinery, players know their roles and then that yellow jersey coerces you into believing you are the champions.

What else could explain Ambati Rayudu, a former Mumbai Indians player who drifted around in the middle order peeling off runs for fun as the opener?

What else could explain Shane Watson, who endured his worst season last year with the Royal Challengers Bangalore wear a cape and roll the time back. He has scored 438 runs in 14 innings at a strike rate of 145.03. He had single-handedly won the game for CSK against his former franchise Rajasthan Royals with a 51-ball century.

And then saunters in MS Dhoni, the player who has made me watch and follow Indian cricket since 2004, who has enjoyed a bumper season. He may not have those golden locks of yore, but this season he has ensured that he zips those critics, not with words, but with the swish of his bat.

He has scored 455 runs in 15 innings at a strike rate of 150.66, Dhoni is now just seven runs away from his most prolific IPL season.

You need romance, you get here with CSK, you need someone to inspire you, you get MS Dhoni.

It has chugged along this season and quite fittingly, two teams who were not rated before the auctions have made it through and will vie for the top spot. Sunrisers Hyderabad keeps getting the job done, their captain Kane Williamson stepped in when David Warner was shamed and ruled out and he has galvanized an entire setup which was bereft of any star.

Ahh, I have to apologize, they have Rashid Khan, the young carefree Afghanistan spinner who forced Sachin Tendulkar to give him the mantle of the best spinner in this format.

They have Shikhar Dhawan who does not believe in any portico and gets the job done. They have Bhuvneshwar Kumar who will run up and win you matches, they have captain Kane who will put his head down and will not blink unless the opposition throws in the towel.

Let the heart and mind be divided, this is the joy of sports, this division is what one craves for and thus like the romance of life, cricket which is nothing but an extrapolation might just rejoice tomorrow if Mahendra Singh Dhoni walks up to lift that trophy again.

We can now backtrack and wait for the clock to tick over, let the games begin! 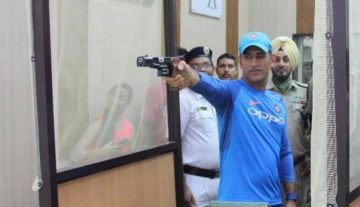