The babysitting banter between Australian Test skipper, Tim Paine, and the young Indian wicket-keeper, Rishabh Pant was one of the highlights of India’s historic tour of Australia last year. Among Paine’s many jibes at Pant was the one in which he asked if the latter could babysit for him and his wife after the series is done.

This was followed by Paine’s wife posting an image on her Instagram story with Pant and the couple’s kids which went viral. While doing commentary for a BBL match, Paine revealed that they had decided to get under the skin of Pant due to the latter’s tendency to play loose shots but more due to the fact that the Australians were just bored.

ALSO READ: The Reason Behind Kl Rahul Keeping Wickets In The Mumbai ODI

Talking about the same, Paine said, “Geez we were bored, (we) could not get a wicket. Well, Ricky (Ponting) knows him quite well – one, he’s very, very good, but two, we found out early in that series that sledging him was a waste of time.”

Describing the incident further, Paine said. “It just didn’t bother him, but what we found was that you could get a real lapse of concentration out of him so we went a bit that way. So I just tried to put him off and talk rubbish to try and get him involved because he was likely to play a poor shot at the time. But he’s a seriously talented player.”

About his wife’s post going viral, Paine said, “I don’t think she was watching. Then I think she had got a bit of it through her Instagram and then she put up that photo on and as it happens, and as it’s happened, she had a million new Indian followers the next day so she panicked a little bit that it was on the news.” 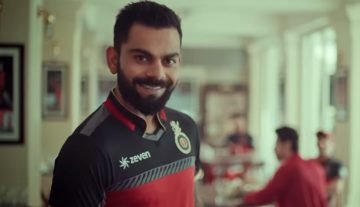