There has been a lot of debate on the batting technique of Steve Smith, how it defies logic and how he has been able to dominate bowlers across the globe with ease. However, his former coach Trent Woodhill feels that had Smith been an Indian batsman, his batting technique would have accepted wholeheartedly without questioning. However, his obsession with correct technique means one has to look good while scoring which can be dangerous for the youngsters.

“If Steven was Indian, his technique and mechanics and the strategy around his batting would just be accepted,” Woodhill was quoted as saying by ESPNcricinfo. “We see (Virat) Kohli, (Sunil) Gavaskar, (Rohit0 Sharma, (Sourav) Ganguly, (Virender) Sehwag – all these players have unique techniques. The Indian system is all about output, about scoring runs, “We don’t care how you do it as long as you do it”, whereas in Australia we wanted you to score well and we wanted you to look good. I recently had a Facebook conversation with Greg Chappell about top-hand dominance. I’ve never had a conversation with an Indian cricketer about top-hand dominance.”

Smith marked his return to Test cricket in a great manner, scoring 774 runs across seven innings at an average of over 110. He smashed three centuries and as many half-centuries, playing a key role in Australia’s retain the Ashes.

Read here: I would swap the drama at Headingley for an Ashes win, Says Ben Stokes

“His biggest challenge, even back then, was being able to maintain his technique in the face of others not understanding how it works,” he added.

“Young players need protection from both themselves and others who don’t like difference. A cricket dressing room can be a brutal place for a young player, who might be forced to conform – more so in Australia than any other country I’ve been in. In Australia we struggle with things that are different. We like a sexy Shaun Marsh thirty, made with a conventional, attractive technique, rather than an unconventional Steven Smith hundred,” he said.

“…Rashid Khan, who holds the ball like an offspinner but bowls legspin, an Anil Kumble – seam-up, wristspin, predominantly wrong’un. Australian cricket likes to pass the baton on: this is how you do it, this is how it’s always been done. Steven’s come along, and to some extent, David Warner’s come along and said, ‘No, we’re gonna do it this way now’, and they’ve had a lot of success,” he concluded. 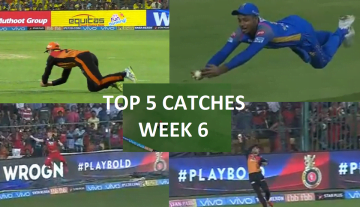