England coach Trevor Bayliss seems to be happy with his team after defeating the no.1 Test team in the ongoing five-match series. England took an unassailable lead of 3-1 in the series after beating India in the fourth Test in Southampton by 60 runs.

England deserves every credit to win the series as they have come out of the tough times, especially in the Southampton Test. At one stage, the English team was struggling at 86/6 on Day 1 and from there they went on to score 246 in their first innings. Then, with India cruising along in their first innings at 142/2, they reduced the visitors to 195/8. Again, they were under the pump as they aimed for setting a stiff target for India on Day 3 but their lower order came for the rescue as they put up a target of 245.

Talking about the same, Bayliss said, “There were some difficult conditions especially on day one. We have said before, under a bit of pressure these guys have got a bit of character which is a good sign going forward.”

Despite the fact that England has won the series, there is no denying the fact that there have a few problems of their own. They need to look for a replacement for the retiring Alastair Cook and find a solid opening pair ahead of the upcoming series against Sri Lanka and West Indies. They also need to sort out their top order as their skipper Joe Root has been forced to bat at no.3 instead of his preferred No. 4 spot.

On the other hand, Baylis feels tat Root need to be flexible as one needs to sacrifice for the good of the team, he said, “Joe has always said he wants to bat at four. He understood where I was coming from that if we had a number three averaging 50 to allow him to bat at four, that would be handy. But I thought it was for the best of the team he batted at three. Hopefully, we can find someone who can do a decent job at number three and he can bat where he feels most comfortable. All credit to him. He has taken one for the team in that respect.”

When asked about the future of veteran pace-duo of James Anderson and Stuart Broad, Bayliss said a call for their selection for the future tours will be taken after assessing their fitness and workload. He said, “We will get together after this Test and see who is fit and available. I see a future with them (Anderson-Broad) at the moment. We spoke before the series if their bodies would double up in close Test matches. There is another reasonable gap until we play the Tests in Sri Lanka. There is a bigger gap again and then another couple of months leading in to the West Indies.” 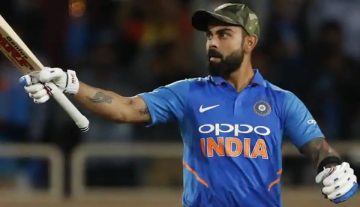