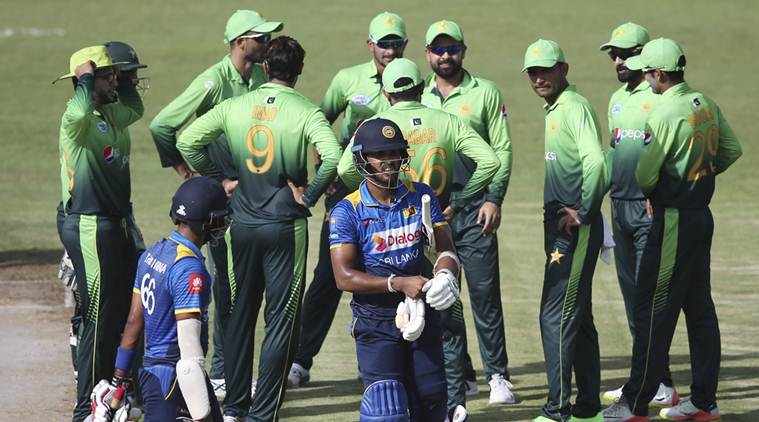 The fifth One-Day International match between Pakistan and Sri Lanka in Sharjah started off with a storm. The name of this storm was Usman Khan Shinwari, who blew Lanka’s top-order in just 1.5 overs.

Yes, you read it right. It took him just 11 deliveries to send Sri Lanka’s top-four back into the hut. Usman started his first over with two wickets on last t seewo balls. Though, Tharanga denied him a hat-trick in his next over. But, Usman took the revenge as he removed Lankan skipper on the third ball of that over. Two balls later, Khan took his fourth wicket and it was just his 11th ball in this match.

The left-arm bowler didn’t stop here and registered his maiden five-for in just his second ODI match. Also, he achieved this feat in just 21 balls. Thus, he became the third fastest bowler since 2001 to register five-wicket haul. Sri Lankan legend Chaminda Vaas is the topper of this list with just 16 balls, which came against Bangladesh in 2003 World Cup.

21 balls it took @Usmanshinwari6 for his fifer – only two have done it faster since 2001, Vaas in 2003 against Bangladesh taking just 16! pic.twitter.com/IkEaEgyx9s

Sri Lanka’s woes in the One-Day cricket are continue as they are on the verge to loss their 12th consecutive ODI match. After getting 4-0 down in the series, Sri Lanka is around the corner to swallow another tough will of whitewash. Sri Lanka is struggling after 15 overs at 51/6 while Thisara Perera and Seekuge Prasanna are in the middle.