The Indian wicket-keeper batsman, Robin Uthappa has voiced in opinion similar to that of Suresh Raina and urged the Board of Control for Cricket in India (BCCI) to allow the non-contracted players to participate in foreign Twenty20 leagues. During a BBC podcast ‘The Doosra’, said that it hurts when the board bars them for participating in overseas tournaments.

Uthappa said, “Please let us go, honest to god please let us go. Because sometimes, you’ve played for so long at a certain level, and then when you have to come back and play first-class cricket, it takes a little time to get used to it. It does hurt when we are not allowed to go and play other leagues in the world.”

Describing his views further Robin said that playing first-class cricket can be mentally frustrating and one needs to find ways to motivate themselves to play again at this level.

Uthappa elaborated, “It would be so nice if we could go and play at least a couple of others because as a student of the game you want to learn and grow as much as you can.”

Recently, during an Instagram live chat Raina had told Irfan Pathan that players like himself, Uthappa, Yusuf Pathan who are not centrally contracted by the BCCI can be allowed by the board to play at least two T20 leagues.

Talking about the same, Rain said, “I wish the BCCI plans something with ICC or with franchises that those players who are not on a BCCI contract, they should be allowed to feature in foreign leagues. I think there are a lot of quality players who can learn from this exposure.”

Uthappa would have been busy representing Rajasthan Royals (RR) in the 13th edition of the Indian Premier League (IPL) but India’s biggest money-spinner was postponed indefinitely by the BCCI due to the coronavirus pandemic. 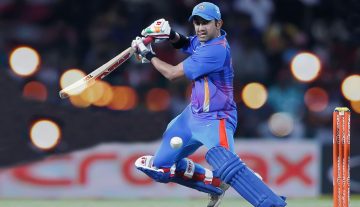