India’s mystery spinner Varun Chakravarthy has had a commendable journey in cricket so far as after being an architect 5 years ago he recently got selected in the Indian T20I squad for the tour of Australia later this year. On October 29, Thursday, Varun added another feather to his illustrious cricket career when he got the prized wicket of MS Dhoni for the second time in IPL 2020.

On Thursday, the Chennai Super Kings (CSK) registered a 6iwkcet win against the Kolkata Knight Riders (KKR) at the Dubai International Cricket Stadium. Batting first, KKR had a fluent start and was successful in posting a decent total of 172 on the back of Nitish Rana’s sensational knock of 87 runs off 61 deliveries including 10 boundaries and 4 sixes.

In a nail-biting chase, CSK stayed in the game for most of the chase owing to a match-winning knock by Ruturaj Gaikwad of 72 off 53 deliveries including 6 fours and 2 sixes helped the team shift the momentum towards their side in the middle. However, their middle-order crumbled a bit when KKR’s spinner Varun got the wicket Dhoni. However, a sensational cameo by Ravindra Jadeja of 31 off 11 helped the Kings in winning the game.

Though his team lost the fixture, Varun became the first bowler in IPL 2020 to take the wicket of veteran Dhoni in both the games. After the match, a heartwarming video went viral on social media where the mystery spinner can be seen taking tips from the former Indian skipper.

It was a surreal moment for Varun as he has always been a fan of MS and used to watch the latter hit those massive sixes from the stands at MA Chidambaram Stadium in Chennai in the IPL. Sharing the video of both the players interacting with each other, the official Twitter handle of Kolkata Knight Riders wrote, “From admiring him from the stands at Chepauk, to now… @chakaravarthy29’s fairytale continues!” 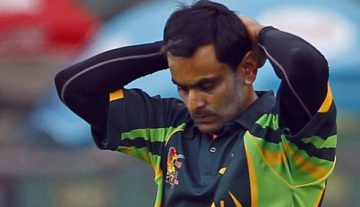