South African batting stalwart, AB de Villiers has recently released his be music video after a successful collaboration with singer-songwriter Karen Zoid and Ndlovu Youth Choir in a bid to inspire and give hope to the African nation after. ABD said he joined hands with Karen Zoid to put out a positive message. Incidentally, De Villiers collaborated with the singer-songwriter last year itself and added that he was obviously unaware of the Covid-19 pandemic.

The song titled ‘The Flame’ is celebrating the human spirit. “We’re all so different, but united we form the perfect picture!” de Villiers wrote while unveiling the song on social media. ABD also thanked his RCB teammates Kohli, Chahal, Morris, and Rabada, and Norje for ‘leaving your comfort zones’ and featuring in the music video.

As per the quotes in News24, De Villiers said, “Karen Zoid and I spent time together in 2019 to write music. We want to inspire, to carry a message, and help make a difference in the lives of people. At the time we had no idea Covid was on the cards but regardless, we felt the world needed a positive message.”

AB de Villiers is currently in the UAE, plying his trade for RCB at IPL 2020. He has often spoken about his equation with Virat Kohli. It was no surprise to see the Indian skipper doing his bit to help de Villiers spread the message of positivity to the world. De Villiers having a great on the field as well. The RCB star has scored 339 runs from 12 matches at a strike rate of over 170.

With de Villiers and Kohli contributing consistently and their bowling unit stepping up, RCB is on the verge of making it to the play-offs. RCB is at the 2nd spot with 14 points from 12 matches. 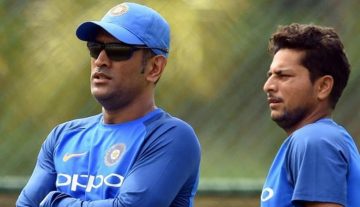