Royal Challengers Bangalore (RCB) finally managed to their IPL 2020 campaign with a 10-run victory over SunRisers Hyderabad (SRH.) in Dubai on Monday. RCB captain, Virat Kohli was visibly delighted with how his teammates managed to cope-up well under pressure as they started the tournament on a high, something which they weren’t able to do in the past.

The RCB posted a video on their Twitter handle with players expressing their emotions post the winning start. Captioning it, they wrote: “‘A comeback and a half’ says Captain Virat Kohli, as the RCB players rejoice in the dressing room after their 10-run win against SRH. Watch how the players expressed their emotions after the game.”

‘A comeback and a half’ says Captain Virat Kohli, as the RCB players rejoice in the dressing room after their 10-run win against SRH.

Defending totals has always been one of the most difficult jobs for RCB in recent times, and Kohli showered a lot of prasies for his bowler as they bowled well under difficult conditions. It complimented the bowlers for “showing a lot of character” and sticking to their game plan despite bowling with a wet ball, which is hard to grip.

ALSO READ: David Warner Got Out In The most Embarrassing Way Possible

In the video, Kohli can be heard saying, “The fact that we won defending a total, which was not even 170 was not something we have done in the past. On a pitch which was difficult for the bowlers in the second half because of the dew. We saw that in game between Kings XI vs Delhi that it was difficult to for the bowlers to control the ball in the end. So, boys showed a lot of character.”

Apart from bowlers, Kohli also showered praises for Aaron Finch and young Devdutt Padikkal for giving them a bright start. Padikkal was impressive on his IPL debut and smashed a free-flowing half-century.

Virat elaborated, “My goal was to get to 160 when I was batting. I was sure that I was on the right track. I was very happy that we were able to reach 160. I think anything less would have put us under a lot of pressure. Yuzi bowled exceptionally well, Shivam bowled very well and all-round a very good performance in the field.” 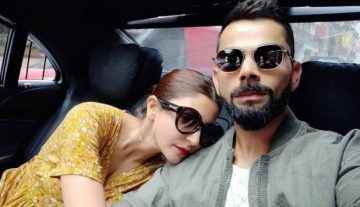