Royal Challengers Bangalore cruised to an exciting win yesterday against the Kings XI Punjab. This was the first home game for RCB and it was played at the Chinnaswamy Stadium, Bangalore. The most special guest of the evening was none other than the wife of Indian cricket team captain, Anushka Sharma. The Bollywood star was in attendance to celebrate the first home win of her husband. 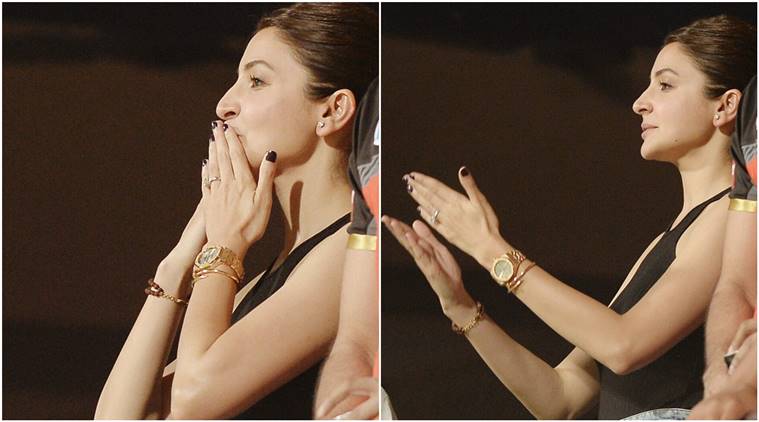 The urge to perform at his best in front of his wife was clear from the extreme disappointment that flashed in the face of Virat Kohli as he was bowled by Mujeeb Rehman. AB De Villiers then took the mantle of run-scoring and guided his team to its maiden victory of the IPL 2018 season. RCB has now won one and lost one.

The most special moment of the match though happened after the match. After his post-match speech, Virat dashed back to the dressing room. Anushka was seating in the VIP zone which is isolated from the player’s dressing room. Virat called Anushka and gestured her to meet him downstairs.

One of the fans present at the stadium captured this beautiful moment and uploaded on its Instagram account. The video is winning hearts all around.

They both are so eager to meet each other ♥️
#CoupleGoals #virushka #viratkohli #anushkasharma#RCB pic.twitter.com/LCI8F1fqVO