Former New Zealand cricketer Ian Smith has lavished praise on cricket legend and former West Indian batsman Viv Richards. Ian Smith says that Viv Richards would have lit up the stadium if he had played t-20 Cricket. The former Kiwis cricketer adds how the West Indian would have  TRP’s and television rights shooting through the roof if he featured in T-20s.

Ian Smith feels Viv Richards would be the most expensive buy if he played T-20 Cricket. He adds how team owners off T20 leagues, would have paid Viv Richards tons of money for the West Indian. Ian Smith also goes on to say that Teams might also pay more money than Pat Cummins and Ben Stokes combined for Viv’s signature.

Speaking on Cricket Inside Out, Ian Smith said, “I believe Viv Richards would have made a go at cricket in any format in any decade. That’s why I mean you look at his strike rate which was superior to anyone else’s at that time that is a T20 strike rate without even having that game in his mind.”

Ian Smith said, “I will sum it up by saying that whenever you sit down and pick all-time World XI, he is always in mind. I don’t think I have ever played or commentated, I have seen a more imposing batsman come to the crease.” 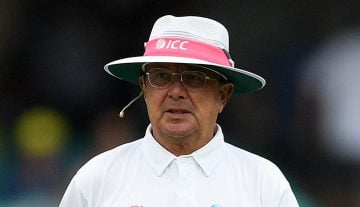