Amongst the modern bay fab 4 batsman in the current era of cricket, the Virat Kohli vs Steve Smith is one of the longest going debates of all times. There have been constant comparisons between the duo and every former player/ cricket expert justifies which one is better. Recently, Former India cricketer Wasim Jaffer was asked to share his opinion on the same.

The Mumbaikar was all praises on Steve Smith for his consistent performances after the ban. Citing the same, he picked Smith over Virat Kohli as a better batsman in Test cricket. He said, “I have to give it to Steve Smith for his form since return from suspension.”

However, Wasim Jaffer is clear when he has to choose the best batsman across all formats. He reasons favoring the Indian skipper over the Australian counterpart.

Interestingly, Jaffer has picked his fellow Mumbaikar and Virat Kohli’s deputy Rohit Sharma over Virat as abetter white-ball cricketer. He also clarifies how he made his pick based on the players’ consistency. Jaffer said, “In sheer consistency, Kohli edges past Rohit. But Rohit will be ahead in terms of banking on starts and scoring after getting his eye in.”

According to the latest ICC Rankings, Smith ranks Numero Uno in Test cricket with Kohli just a few steps behind him. Moving onto the ODI rankings, The Indian skipper takes up the number 1 spot followed up by his deputy Rohit Sharma.  Meanwhile, Australian middle-order batsman, Steve Smith doesn’t even feature in the top 10.

Speaking of T-2os Recently appointed Pakistan skipper batsman Babar Azam sis at the number one spot. Virat Kohli currently in the 10th spot while Smith finds himself at 52nd spot in T-20 rankings. 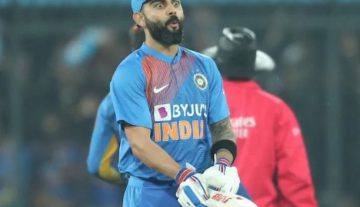