Bravo, Hetmyer, and all-rounder Keemo Paul are the 3 West Indies players who have opted to sit back and decided against leaving the country. The trio has declined to travel to England for the West Indies’ 3 test matches series.

Aside from the 14-man squad, Cricket West Indies has also shared a list of 11 reserve players who will travel to England and act as player replacements if any injuries occur.

Speaking on the omission of the West Indies Trio, Holding said,  “I think it’s unfortunate as far as West Indies cricket is concerned. I’m not going to tell anyone that they should be going to England because COVID-19 is around. Someone may get sick or even worse,”

He added, “But at the same time I think it’s unfortunate for the West Indies team because these guys have quite a bit of talent, and they’ll be missed.”

Holding felt England tour is a missed opportunity for Bravo who was trying to revive his Test career. He said, “I’m sorry that Bravo in particular isn’t going because Bravo, I think, needs to resuscitate his career. I think the more cricket he can play now, especially for the West Indies, the better chance he has of getting back on track and showing everyone the great player that he could be.”

Holding concluded by mentioning how the England tour could have benefitted Hetmyer. “Hetmyer, again, I think he’s a very, very talented player. Again, I’m sorry that he’s not going so that he can get more opportunities to express himself. But I ain’t blaming them for not going.” 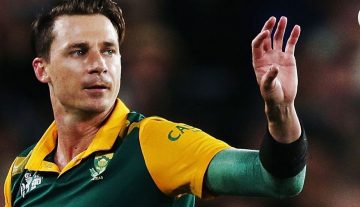 News
By CricShotsStaff - Mar 19, 2020
Dale Steyn Worried for The Unification Of The South Africans