After a brilliant show with the bat by the Indian batsmen in the first couple of days session in the second Test against South Africa at the MCA stadium in Pune, now bowlers have taken the charge. On day 3, the Indian bowlers have stolen the spotlight after they made South African batsman suffered from an extraordinary display of bowling.

In the morning after Indian speedsters supremacy, the spinner Ravichandran Ashwin came off the late and again remained successful in turning the tables for the hosts when he took the wickets of the visitor’s team skipper and their wicketkeeper. As per the stats, Quinton de Kock feels uncomfortable in facing right arm off-spinners in the subcontinent. He has got out to right arm off-spin on eight occasions out of twelve times in the past.

In 36th over there was a strong battle seen going among the southpaw and Ashwin. On the first four balls, he remained unsuccessful in scoring a single run but he smashed the fifth ball of the over to boundary, coming back strongly on the very next delivery he sent the visiting batsman to pavilion on an extraordinary ball.

De Kock came to bat in 22nd over with his skipper being on the non-striker’s end. There came an instance in the match when the most talented batsmen De Kock and Faf du Plessis got settled and had done a well-established partnership of 75 runs for the team. The wicket-keeper batsman could only add 38 runs in his score tally before Chennai-born spinner bowled him out. This is the third time that Indian spinner went successful in making him bunny out of his spin.

ALSO READ: Jadeja Seen Dancing On The Pitch As Kohli Denied A Single

At one point QDK was left clueless over the big turn taken by the ball and after getting bowled he thought that the Indian team is celebrating for the stumping but that was not the case as the ball had deceived his defense and had clipped his off-stump. Proteas, at the end of Day 3, was bundled out for 275, giving India 326-run lead. 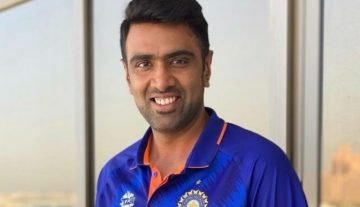