It seems that it’s getting difficult for English all-rounder Ben Stokes to get out of the controversies as a new video emerged of him imitating Katie Price’s disabled son Harvey.

In a small 9 second clip, Stokes can be seen imitating Harvey. Reacting to the video, Price slammed the all-rounder, calling his act ‘disgusting’.

Earlier, Stokes was selected for the Ashes 2017 but his place in the squad is still doubtful as the England Cricket Board suspended him until further notice, as they wait for police investigation on the Bristol nightclub incident to be completed.

Stokes was arrested for punching a guy furiously and then released without charge under investigation on Monday, and even English opener Hales was with him at the time of the incident.

Talking about the aftermath of the incident, ECB said, “Ben Stokes and Alex Hales will not be considered for selection for England international matches until further notice.”

The immediate effect of the suspension is to rule both out of Friday’s final ODI against West Indies in Southampton. ECB further added, “Andrew Strauss, Director of England Cricket, will today refer the internal disciplinary procedure for these two players to the Cricket Discipline Commission, chaired by Tim O’Gorman.”

Media reports have also said that Stokes suffered a minor fracture on his right finger and he even went on to apologize to the ECB for his arrest and described his state of mind as “fragile and devastated”. 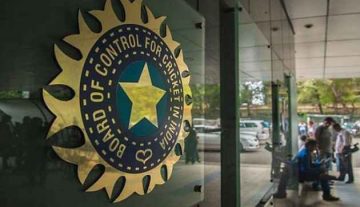