MS Dhoni, the skipper of the Indian Premier League (IPL), Chennai Super Kings (CSK) skipper, is arguably the backbone of his franchise. The Chepauk crowd goes berserk whenever he enters the stadium and Wednesday was no different. The match against Delhi Capitals (DC) was the final home game for Chennai Super Kings in IPL 2019 and Dhoni made sure to thank Chepauk crowd in best possible way.

As the hosts took the victory lap of the stadium after winning the game, Dhoni distributed autographed tennis balls among the crowd. The crowd chanted “Dhoni, Dhoni” as the former Indian skipper used a racquet to send the tennis balls as far as possible to the fans seated in the top tiers of the stadium as well.

Here are the videos of the CSK skipper enthralling the Chepauk crowd:

However, even in the match, there were no surprises considering the Dhoni’s performance, as he against came for the rescue of his team by scoring fast runs in the crucial overs and affected crucial stumpings with his lightning-fast hands to guide defending champions to another win in their top of the table IPL clash against DC. The former Indian skipper smashed 44 off 22 balls and Ravindra Jadeja smashed 25 off 10 balls as CSK stepped on the gas in the final six of their 20 overs to post a total of 179/4.

Dhoni pulled off two stumpings in an over of Jadeja as CSK spinners took control. On the other hand, Delhi Capitals, who were leading the points table ahead of the game, collapsed to 99 all out and suffered an 80-run defeat. They went from 81/4 to 99 all out.

Both Chennai Super Kings, who have now reached the IPL 2019 points table now, and Delhi Capitals have already qualified for the playoffs that start next week. 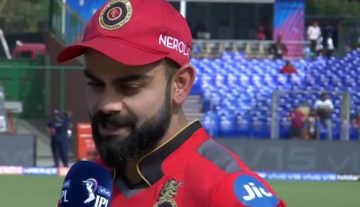