WATCH – Lynn And Narine Got Lifelines On Back-to-back

During the chase, the KKR openers Chris Lynn and Sunil Narine gave them a fiery start as they smashed 36 runs in the first three overs itself. However, on the first two bowls of the 4th over bowled by Dhawan Kulkarni, both the openers got a lifeline each. After those lifelines, both of them added 91 runs for opening wicket before Narine getting dismissed in the 9th over. 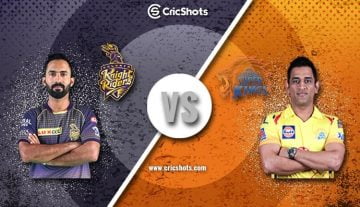