WATCH – Lewis Sends Back Saha By Grabbing A Stunner

Manish Pandey and Mohammad Nabi added 49 runs for the 6th wicket before the latter getting out in the final over of Hardik. However, the drama started in the final over itself as they needed 17 runs in 6 balls and on the third ball of the over Nabi smashed Hardik for a six before getting out on the very next ball and SRH needed 7 runs off the last ball and Pandey smashed a six and the game went into the super over.

Here is the video of the thrilling final over: 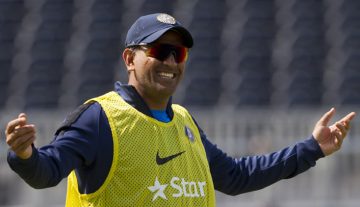