WATCH – Lewis Sends Back Saha By Grabbing A Stunner

During the chase, the SRH openers, Guptill and Wriddhiman Saha started off well as they scored as many as 40 runs for the opening wicket in just 4 overs before the latter getting out in the 4th over Jasprit Bumrah. Soon after that William son also lost his wicket in the 8th over of Krunal Pandya owing to a brilliant DRS call from the Mumbai team. 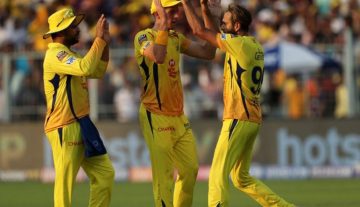