The 13th edition of the Indian Premier League (IPL) is scheduled to commence in just a few weeks, and the buzz is already starting to kick-in. One of the biggest attractions of this edition of India’s biggest money-spinner will undoubtedly be the Chennai Super Kings (CSK) skipper, MS Dhoni.

Dhoni has been on a sabbatical since India’s 2019 semi-final exit after suffering a loss against New Zealand. However, in the upcoming season of IPL, he will be back on a cricket field. Dhoni witnesses a near ‘God’ status in Chennai for the way he has led the franchise ever since the inaugural edition. So-much-so that the CSK fans in Chennai even throng to the stadium during Dhoni’s practice session.

The CSK skipper was seen practicing at the Chepauk for the pre-training camp, and as expected, a plethora of fans visited the stadium to catch a glimpse of their ‘Thala’ during his net session. The official Twitter account of the Chennai Super Kings shared the video and captioned it as: “A grand waltz to take guard! #StartTheWhistles #SuperTraining.”

Despite Dhoni not playing any competitive game in recent times, the Indian head coach Ravi Shastri- and the national selectors have since then given mixed signals as far as the former captains’ future is concerned. Shastri has time and again asserted that MS might come into the reckoning, provided he has a good season for the Chennai Super Kings.

Meanwhile, Dhoni will be eyeing for another title win with CSK and hopefully avenge the heartbreaking defeat that they suffered at the hands of Mumbai Indians last year. 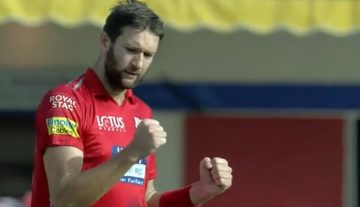