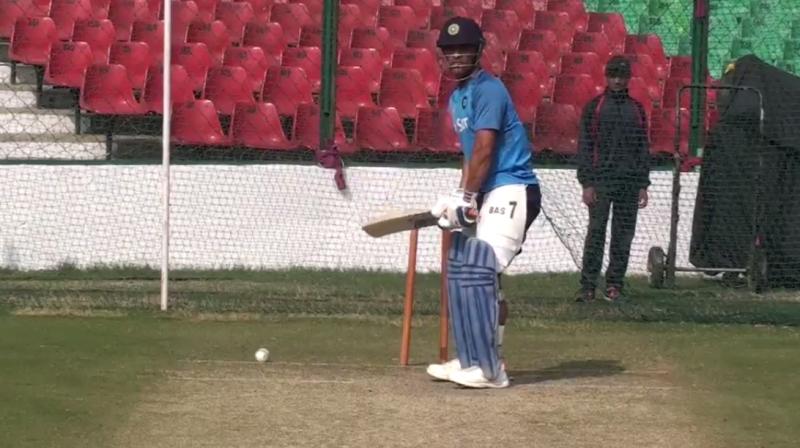 After whitewashing Sri Lanka by 3-0 in the Test series, Team India is raring to go in their limited overs leg of the tour, which commencing on Sunday in Dambulla. It can be clearly said that the men in blue are the hot favorites, despite the fact that they lost to the Lankan in the league match of CT 2017.

In the meantime, former skipper MS Dhoni was seen practicing hard with his explosive shots during India’s net session ahead of the opening ODI. In the video posted by the Indian Cricket team on their Facebook page, Dhoni is seen playing cuts, pulls and drives with perfection and that can be a huge matter of concern for Sri Lanka.

Dhoni was also seen playing upper cuts with a lot of ease, which he generally doesn’t play too much in the international level. He also has the opportunity to break the record of most stumpings in ODI cricket and currently stands at 2nd position with 97 stumpings only behind former Sri Lanka great Kumar Sangakkara with 99 stumpings.

Dhoni hasn’t been in great touch of late will definitely look to give a permanent answer to his critics in the upcoming series. Indian Chairman of selection committee MSK Prasad also clarified the fact that Dhoni isn’t the automatic choice anymore and they might look at replacements if he fails to fire for a long time. He has arguably the best finisher in limited overs cricket over the last decade and will look to reclaim his lost touch in the series starting on Sunday.