In his next over, Chahal got the wickets of Mushfiqur Rahim and Soumya Sarkar. On the final ball of the over, it looked like Pant had messed up again, no he hadn’t. Chahal delivered a googly on the off stump and Sarkar missed the slog, and Pant collects the ball. Umpire rechecked and the big screen first saw ‘not out’, much to the delight of Bangladesh’s fans, but then the umpire tells Soumya that it’s an error from the TV umpire. The big screen lights up again, and this time Soumya is given ‘out’.

An otherwise cool customer on the ground, Rohit showed his angry face during the high-pressure second T20I against Bangladesh in Rajkot on Thursday.  The Indian players and the fans were baffled but as Sarkar was preparing to walk back into the middle, the “out” signal popped up and the Tigers lost their fourth wicket for 103. 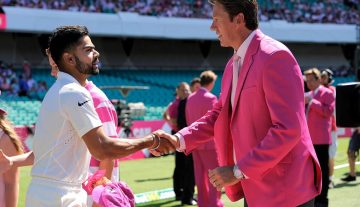