The Indian stand-in skipper, Rohit Sharma was at his ferocious best in Rajkot T20I against Bangladesh. He went on to score 85 runs in 43 deliveries and emerged as the Man of The Match. He went for smashed six boundaries and as many sixes in his innings. He played such a phenomenal knock at his 100th T20I appearance for Team India.

Rohit’s knock was more special because Team India was lagging in the series by 1-0. And, looking forward to the form of other batsmen’s in the team, a lot was depended on the shoulders of the “Indian Hitman” if the hosts had to mark their comeback in the series.

After the Man of the Match performance, Rohit appeared on Chahal TV that is hosted by the Indian leg-spinner, Yuzvendra Chahal. In that show, the opener was asked about the art of hitting big sixes and what was going through his mind after hitting three back-to-back sixes in the over of Mosaddek Hossain.

In reply to it, Sharma said that he had thought of six sixes in the over. But, after missing on the fourth delivery, he decided to take singles. He also said that one doesn’t need to have huge muscles in order to smash sixes. He feels that it all depends on the timing with the ball hitting the middle of the bat.

Rohit elaborated, “When I hit three consecutive sixes, I tried to go for six maximums. But when I missed the fourth one, I decided I will take singles. You don’t need a huge body and muscles to hit big sixes. Even you (Chahal) can hit sixes. Power is not the only thing you need to hit sixes, you need timing as well. The ball should hit the middle of the bat and your head should be still. So, there are a number of things you need in order to hit a six.”

WATCH – Chahal Dismisses Mushfiqur And Sarkar In The Same Over

During the Rajkot match, the Indian skipper went past MS Dhoni for hitting the most number of sixes as Indian skipper with 37 sixes in just 17 innings. The series decider will be played in Nagpur at Vidarbha Cricket Association Stadium on November 10. 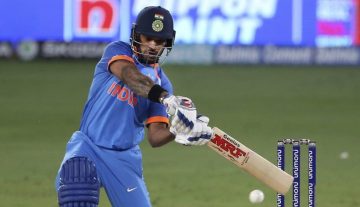