If there is one event which has been able to amalgamate business, entertainment and sports, it can’t be anything else but IPL. Ever since its inception, IPL has kept everyone glued to the TV Set right from its premiere. Be it an actor, or cricketers, or general mass, each and everyone in this country remains incredibly hyped up about this. Every season entails a crazy betting war across the online betting space and it becomes a necessity to compare IPL betting sites in India before punters let their wagers flow. All in all, the brand value of IPL has reached its pinnacle in this 10-year long journey.

THE BEGINNING OF IPL:

The brainchild of Lalit Modi, IPL had faced a lot of troubles while it was starting off and one of the main being the conventionals were not at all okay with the new format. They believed that playing T20 matches was essentially downplaying the significance of world cricket and decreasing the quality of the game. The idea had come out at around 1991 but much later did it actually take shape.

IPL was definitely a very alluring concept but had no guarantee attached to it. Companies were extremely unsure of the revenue outcome. However, the concept was quite novel and profitable, so they did entrust their trust upon this.

Luckily it turned out to be heavily successful. There was widespread public outreach of brands through this business model who were able to bag more profit than what they had invested as sponsors to this league.

According to global valuation and financial advisor Duff and Phelps, the valuation of IPL jumped from USD 3.54 billion (in 2015) to approximately USD 4.16 billion from season 9.

THE BUSINESS MODEL OF IPL:

IPL was the thriving ground of business and profit ever since its inception and that happened because the makers were adept in choosing the face value of this league with great precision. Firstly, IPL was launched in India. A country which has forever been overly emotional about its cricket and religiously worshipped the cricketers. It introduced the concept of an inter-state/area cricket and this format brought a lot of new players in the game. The players who would not have made their way in otherwise got the golden opportunity to play in these extremely popular teams. A lot of marquee players were brought in the teams. This was one of the excellent methods of making public get hooked on the series: for the hope generated seeing the newbies getting chances and also to watch their favourite international cricketers play in their home ground.

The sponsors took the opportunity to popularise their brand in this, using this massive outreach. There were extensive on-field advertisements, there were announcements of the sponsors after every major strike, be it a 4 or a 6. The teams were given special breaks to the teams for strategizing and in these breaks, advertisements of the major sponsors were shown. No stone of publicising the brand names was left unturned.

Needless to say, it produced rewarding results. The major sponsors were immensely profited by this collaboration, and a lot of other sponsors were just happy to get their brand name in the mainstream media. The Chinese company Oppo spent Rs. 1079.29 crores in apparel and gear sponsoring rights of IPL. Coming in next was Vivo who spent Rs 768 crores. Sony Pictures also had a commendable share of money invested in IPL.

RECIPE BEHIND ITS SUCCESS:

IPL was much more than just cricket. It always had a second plan and it was how to get private companies to buy the cricket franchises. These franchises were getting sold really fast and that incentivised the corporates to buy shares or franchises and that is how the business began and money flew in.

What made IPL was it is, is the amazing concoction of business and commerce. It literally allowed corporate owners enter the “dressing room” that is IPL gave the opportunity to get the brand logo in the player jerseys. This provided a widespread outreach for the sponsors. Major companies all across the world wanted to get associated with it. The money flew in through the following routes:

All these slowly made IPL the most promising business model ever. 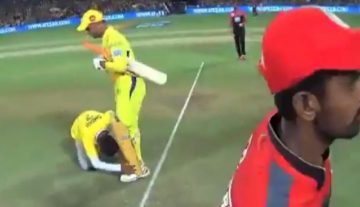