New Zealand skipper Kane Williamson and India wicket-keeper batsman, Dinesh Karthik showered praises on former India captain, MS Dhoni, hailing him for his calmness on and off the field. The latter’s cool demeanor and poker face in demanding and pressure situations has made him stand equal to some of the cricketing legends. It was Dhoni’s cool and composed nature that made him an icon with India’s youth.

Describing the same during a show ion Star Sports, Williamson said, “You might finish a series and try and have a quick chat and find the secret, but he seems to take it in his stride and appreciate the game. He seems to remember what is important and not get too caught up with some of those things that may be distracting, very focused on what’s important, but a special individual.”

Karthik also highlighted Dhoni’s approach, which in his view has been the same since 2004 when both of them played for India A squad for a tri-series in Zimbabwe.

Describing the same, Karthik said, “In 2003 or 2004, when I went for my first A tour with him, he was pretty much an easy-going, chill, relaxed character and that’s what you see as well. The only difference is that there’s a lot more white hair now, but inside, he’s pretty calm.”

ALSO READ: ICC Officially Bans Saliva Use And Increases Use Of DRS

Dhoni has been on a sabbatical from competitive cricket since India’s World Cup semi-final defeat against Williamson’s New Zealand. Even as rumors started making rounds regarding his future in the sport, the World Cup-winning Indian skipper  has been known for being a private person and managed to keep his plans up to himself. 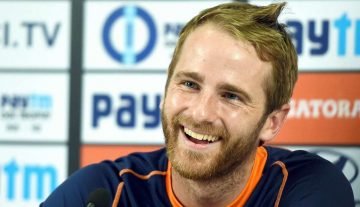