Veteran Indian batsman Yuvraj Singh found a place in the 15-member Punjab squad for the upcoming Syed Mushtaq Ali Trophy. Harbhajan Singh is also included in the team and will be seen leading Punjab in the last domestic tournament of the season. The young sensation Prabhsimran Singh is the new name in the Punjab team, who was bought by Kings XI Punjab for the Indian Premier League 2019.

The 18-year-old Prabhsimran got a whopping 4.8 crore deal from Punjab in the auction of IPL 2019. He is a wicket-keeper batsman from Patiala. KXIP bought him after an intense bidding war that involved several teams. For the first time, he is going to enter into the senior team for Punjab that got a lot of international stars.

Talking about his maiden call-up in the senior team, Prabhsimran stated IPL auction is a past thing and he will focus on doing well with Punjab in Syed Mushtaq Ali Trophy, which will commence from February 21 in Indore. Prabhsimran seems pretty much ready to grab this opportunity before going into the IPL.

“The auction is the past. Right now, my focus is on performance. I’m keen to pouch any opportunity that comes my way. I’m approaching the tournament just as any other competition. I go in to do my best. It’s my first stint with the senior team. So, I am looking forward to the challenge,” he said to Times of India.

The young Shubman Gill also named in the squad while Anmolpreet Singh also received a call-up. In pace quadrant, the right-handed Sandeep Sharma will be paired up with Manpreet Singh Goni.

There are quite a few other senior players like Mandeep Singh, Manan Vohra, Gurkeerat Mann Singh and Barinder Sran in the side. The two major names to be missed out are Mayank Markande and Siddharth Kaul, who will be with Indian National Cricket Team. 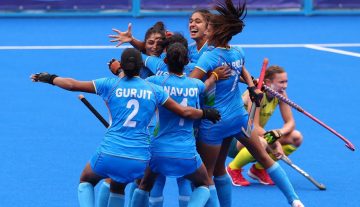