Tweeting the pictures of the iconic character along with him and Gayle, Yuzvendra Chahal wrote: “Timon & pumbaa reunites”. Timon and Pumbaa are a meerkat and warthog respectively, who is befriended by the movie’s protagonist Simba.

While Gayle scoring a half-century to help KXIP beat his previous franchise, he still shares a good camaraderie with his old teammates. Chirs Gayle joined RCB in 2011 and was a part of their side till 2017.

Gayle got to play his first match of the Indian Premier League (IPL) 2020 season on Thursday at Sharjah. After KXIP managed to restrict RCB to 171, and then the self-proclaimed Universe Boss hit a whirlwind 53 to help his team chase down the target and announce his return to the starting XI.

This was KXIP’s second win of the season, with the first one also coming against the same opposition. Under the captaincy of KL Rahul, the team is at the bottom of the IPL 2020 points table, with four points from eight games.

Despite openers, Rahul and Mayank Agarwal leading the season’s run charts, and the veteran pacer Mohammed Shami among the highest wicket-takers, the team has often come close to fall just short of victory. KXIP will now be locking horns with Mumbai Indians (MI) on Sunday, while RCB’s next game matches them up against Rajasthan Royals (RR) on Saturday. 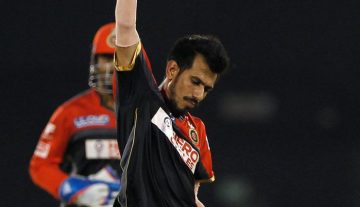