In a matter of a week, the Indian team has registered two dominating wins against their arch-rivals Pakistan. If the 8-wicket win in the group stage wasn’t strong enough, India’s stand-in skipper Rohit Sharma and his opening partner Shikhar Dhawan ensured an even more confident show in a 9-wicket win on Sunday.

Pakistan looked to be headed towards a strong total from 165/3 with Shoaib Malik and Sarfraz Ahmed in good touch. It was India’s wrist-spin duo of Yuzvendra Chahal and Kuldeep Yadav, who did the damage to remove Imam-ul-Haq and Fakhar Zaman.

During the post-match press conference, Chahal explained, “The new-ball bowlers usually bowl seven to eight overs before we spinners come into the attack, and the pressure they build on the batsmen with the new ball – they concede not more than 20-25 runs – helps us plan our line of attack as to where to bowl to maintain that pressure. Because if you don’t give away boundaries in this format, the batsmen will inevitably be under pressure.”

In the first 15 overs, Pakistan only managed to score just four boundaries. Where Kuldeep picked the wicket of Zaman, Chahal got Imam. Describing the same, Chahal is now comfortable with bowling with field restrictions given how much he has bowled in the Powerplay in T20 cricket. While India spinners picked four wickets between them, Pakistan’s Mohammad Nawaz and Shadab Khan were less so.

Talking about the same, the leggie said, “Our batsmen put their bowlers under pressure right from the word go. At times, when batsmen are not under pressure, it becomes easy to face the bowlers. And on this wicket, you have got to vary your lines and lengths. I think they have been doing that, but the situation here was slightly different in that we were 150 without loss, and that’s why (Pakistan’s) bowlers were also down mentally.”

ALSO READ: Sehwag Has A Word Of Advice For Kuldeep and Chahal

On the other hand, Pakistan coach Mickey Arthur conceded that the team is undergoing a confidence crisis and called the 9-wicket defeat as one of their “worst performances”. He also admitted that Pakistan was beaten by a far superior India side. “We have to be realistic. We were well beaten by a very good Indian side. They didn’t allow us to play. We are a team that is developing. Sarfraz (Ahmed) and (Mohammed) Amir have 50 or more caps, Shoaib Malik with 200.” 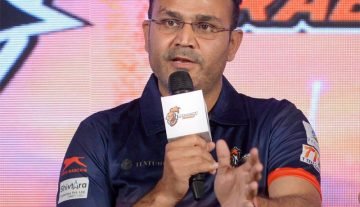