Exactly 16 years ago, former Australian opener, Matthew Hayden scored his eighth Test century against South Africa at Johannesburg. Steve Waugh, the then Australian captain, ha won the toss and chose to bat during the first Test of Australia’s tour of South Africa in 2002.

The renowned opening pair of Justin Langer and Matthew Hayden were out to face the South Africans under overcast conditions. All of the Top five Australian batsmen got starts, but only Hayden was capable enough to convert it into a Test hundred.

Neither the wickets, which fell on the other end, nor the South African bowling attack had an effect on Hayden’s grit. He ended up scoring 122 (189) with the help of 18 fours and two sixes and was the fourth Australian batsmen to be dismissed on Day 1.

Watch the full video of his eighth Test century: 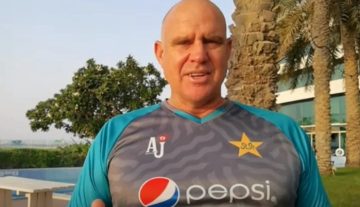 News
By SMCS - Nov 14, 2022
Matthew Hayden backs Pakistan after defeat to England in the final