Former Indian selector Devang Gandhi has shared the challenges they face while choosing the Indian squads as per everyone’s preferences. The discussion also moved around the likes of Suryakumar Yadav, who was overlooked for the upcoming Australia tour, and Ambati Rayudu’s omission from the 2019 World Cup squad.

Gandhi acknowledged that it was inappropriate for them to exclude a batsman like Rayudu from the 2019 WC squad. Back then, India was struggling to find a suitable batsman to bat at no four positions. The Men in Blue finished on the top spot during the league stage, however, the tables turned completely in the semi-finals against New Zealand as the top order had a rare off day at the office.

Rayudu had played some promising and consistent form but failed to make it to the marquee event. Vijay Shankar was instead given a chance in the mega tournament who didn’t even play all the matches as the rotation kept on going for the fourth batting slot.

Rayudu displayed some stellar form in IPL 2020 yet again, and it had made critics think that their World Cup 2019 squad decision was wrong somewhere. Gandhi stated that when they picked the WC squad, they thought they got it right. However, it was realized later that Ambati’s selection might have helped them sort their middle-order woes.

The former selector also acknowledged that the 35-year-old batsman had all the rights to feel frustrated and take a dig at selectors. He even announced his retirement post his omission from the WC’19 squad.

During a recent chat with the Times of India, Devang Gandhi said, “Yes, that was a mistake, but then we are humans too. At that time we seemed to have hit the right combination, but later we realized Rayudu’s presence might have helped. Actually, India had one bad day in office during the World Cup, and that’s why Rayudu’s absence became such a big talking point. I can understand Rayudu’s angst and his reactions were justified.” 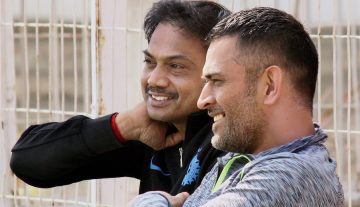