The first playoffs match of the ongoing 11th edition of the Indian Premier League (IPL) is scheduled to be played between Sunrisers Hyderabad (SRH) and Chennai Super Kings (CSK) in Mumbai. Both the teams have played pretty dominating cricket all through the season. While SRH has been known to defend lowest of the totals in IPL 2018, CSK had been able to chase down the biggest of the totals this season.

However, in terms of the winning momentum, SRH has lost their last two league matches, CSK has registered a memorable win against Kings XI Punjab (KXIP) on Sunday. There is no doubt about the fact that there are proven match-winners in the respective teams who can turn the game on its head on any given day. Let us have a look at 5 such players from both the teams:

Afghani leg-spinner Rashid Khan started off the IPL in a quiet fashion. In the game against DD, from picking up wickets of two crucial batsmen to bowling at a spectacular economy rate, Rashid Khan delivered another game-changing performance. He finished the game with the bowling figures of 4-0-23-2. In the season so far he has picked 16 scalps in 14 games. 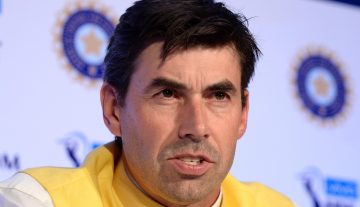