With the 11th edition of the Indian Premier League (IPL) just a week away, the excitement in Chennai fans is increasing each passing day. After all, their home team Chennai Super Kings (CSK) are making a comeback after getting banned for a period of 2 years as their owners were found guilty of spot-fixing. Despite the fact that the CSk players aren’t leaving any stone unturned for their IPL preparations for their opening match against Mumbai on April 7, the boys in yellow took some time out to their fair share of promotion.

A new video, comprising CSK players Harbhajan Singh, Murali Vijay, Dwayne Bravo and skipper MS Dhoni has recreated the teaser of Rajinikanth’s Kaala. Rajinikanth also makes exclusive appearances in the video, which is interspersed with feisty comments from the boys in yellow. The video (40 seconds long) is a promotional venture by a Tamil Nadu bank, which has recently sealed a three-year deal with the CSk franchise and will is currently the team’s retail banking partner.

WATCH – Dhoni, Bravo and Jadeja Indulged In A Groovy Dance

Comments on the video are particularly in love with the tapori-way Dhoni says: “Kya re?”, just like Rajinikanth did in the original one. “Dhoni and bravo…just killed it,” read a comment while another added: “The best video ever in recent times.”

What more could fans ask for than to see sports and film combine on screen? That too, when the reel side joins hands with the biggest superstar in this part of the world. Harbhajan Singh kicks off the ad in Nana Patekar’s villainous style to ask, “Kaala. Kaisa Naam hai re? (Kaala. What kind of name is this?)”

Kaala is scheduled to be released on April 27 and the IPL 2018 is all set to kick off on April 7 with a match between CSK and Mumbai Indians (MI) at the Wankhede Stadium in Mumbai. The fans, who have been waiting for the last two years to see the boys in yellow take the field, will be more than just excited on next Saturday to cheer on the squad. 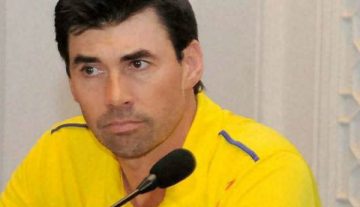