Defending champion Chennai Super Kings make it two in two in the Indian Premier League 2019 after with a win against Delhi Capitals at Feroz Shah Kotla Stadium. Chennai’s chase began well when Shane Watson started in some style and scored 44 runs off just 26 balls. In the process, he hit four fours and three sixes before getting stumped to Amit Mishra. Chennai won the match by six wickets with two balls to spare.

Earlier, Delhi was batting first after losing the toss and introduced Amit Mishra back in the team in place of Trent Bolt. Shikhar Dhawan’s fifty was the sole highlight from their batting order as he made 51 runs off 47 balls and helped Delhi to reach 147/6 in 20 overs.

Former Australian all-rounder gave Chennai a quick start as the team scored 58 runs in the mandatory power play of first six overs. He hit regular boundaries and raced to 44 runs in just 26 balls. His sparkling knock features four fours and three towering sixes. Watson got out to Amit Mishra when Rishabh Pant caught his back foot outside the crease and stumped him.

When Delhi batsmen were looking to post a big score on board, Chennai all-rounder Dwayne Bravo sucked the life out from Delhi’s innings. He, first, dismissed Rishabh Pant and then Colin Ingram in a span of three balls of 16th over. Bravo didn’t stop there and took Shikhar Dhawan’s important wicket. He finished his four-over spell with figures of 3/33.

Playing for his home franchise, the veteran batsman is looking in good form in the IPL 2019. Dhawan came to open the batting with Prithvi Shaw and got off to a slow start. Shaw’s blitz from the other end allowed him to get settled in. The southpaw held Delhi Capitals’ innings together and scored a defining half-century which helped DC in scoring 147/6 in 20 overs. 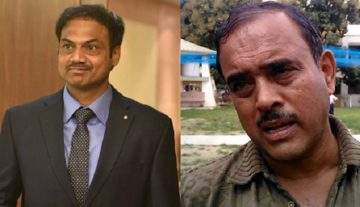