The Wankhede Stadium in Mumbai witnessed one of the most thrilling games of the IPL 2019 between the Mumbai Indians (MI) and the Sunrisers Hyderabad (SRH). The match went right down to the Super Over and the host eventually came out as the winner, led by Rohit Sharma. They didn’t just win the encounter but also became the third team to qualify for the playoffs in this edition of the Indian Premier League (IPL).

Manish Pandey and Mohammad Nabi added 49 runs for the 6th wicket before the latter getting out in the final over of Hardik. However, the drama started in the final over itself as they needed 17 runs in 6 balls and on the third ball of the over Nabi smashed Hardik for a six before getting out on the very next ball and SRH needed 7 runs off the last ball and Pandey smashed a six and the game went into the super over.

SRH only managed to score 8 runs of the super over of Burmah owing to a six by Nabi as they lost Naabi and Manish in just 4 balls. MI chased down the target of 9 runs in just 3 balls as Hardik smashed a six on the first ball of Rashid Khan.

Here is how Twitter reacted to the nail-biting game:

Easy win. India need to preserve Bumrah and Hardik. Huge assets to have.

Very well played by Hardik. One big shot and a single allowed Pollard to just knock it and close it. @mipaltan into the play offs and @SunRisers now in that last week scramble. Anyone between KKR SRH KXIP can make it now.

All roads are leading to the two most dominant IPL teams to play in the finals for a potential shot at their 4th title!! #CSKvMI #IPL19

Teams who have qualified for the playoffs in this IPL:

Another absolute cracker of a match…. this @IPL continue to keeps delivering 👏🏽👏🏽👏🏽 #MIvSRH pic.twitter.com/ncQgRF1yli

Hardik Pandya and Jasprit Bumrah will be so crucial for India with their current IPL form!

English commentator: and its a six 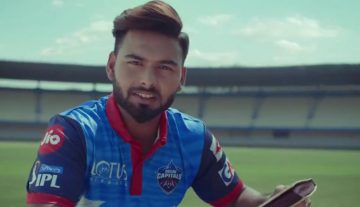