The Mumbai Indians (MI) hosted the Sunrisers Hyderabad (SRH) in the 51st game of the ongoing season of the Indian Premier League (IPL) at the Wankhede Stadium. After winning the toss, the MI skipper, Rohit Sharma decided to bat first and the game went down the wire as the result came in the super over.

Manish and Mohammad Nabi added 49 runs for the 6th wicket before the latter getting out in the final over of Hardik. However, the drama started in the final over itself as they needed 17 runs in 6 balls and on the third ball of the over Nabi smashed Hardik for a six before getting out on the very next ball and SRH needed 7 runs off the last ball and Pandey smashed a six and the game went into the 2nd super over  of IPL 2019.

SRH only managed to score 8 runs of the super over of Burmah owing to a six by Nabi as they lost Naabi and Manish in just 4 balls. MI chased down the target of 9 runs in just 3 balls as Hardik smashed a six on the first ball of Rashid Khan. 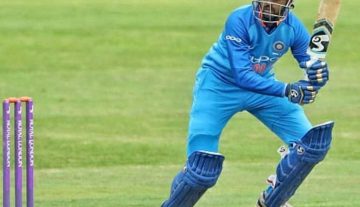 News
By CricShots - Nov 2, 2018
Krunal Pandya Desires To Be Like MS Dhoni