Kings XI Punjab (KXIP) was frustrated after losing a humdinger in their season opener of IPL 2020 against Delhi Capitals (DC) as the game ended in a super-over . In Super Over, DC won the match and then a controversy blew over a short-run call by the on-field umpire which if overturned would have potentially seen KXIP win the match. Their next challenge will be against a star-studded Royal Challengers Bangalore (RCB) who will be brimming with confidence after beating Sunrisers Hyderabad in their first match of IPL 2020.

Two teams who have had a contrasting start to the season lock horns on Thursday in Dubai. RCB defeated Sunrisers Hyderabad (SRH) by a close margin of 10 runs, owing to some brilliant display from Devdutt Padikkal and Ab de Villiers and in the second innings, Yuzvendra Chahal was outstanding with the ball as he priced three wickets.

One of the best limited-overs batsmen, Virat will be facing one of the finest modern-day pacers, Mohammed Shami and it promises a lot on paper. The RCB skipper could not do much with the bat in the tournament opener against SRH, so he would be keen to get some runs on the board. Kohli has an excellent IPL record and on the other hand, Shami was the highest wicket-taker for his team in the opening game.

ALSO READ: Virat Kohli Feels Satisfied With The Performance Of His Bowlers

Apart from being genuinely quick, Shami will be playing the role of a wicket-taker. He claimed 77 wickets in international cricket in 2019. In IPL 2019, Mohammed Shami had picked up 19 scalps at a strike rate of 17.05. He will be looking forward to making an impact for sure.

The flamboyant KXIP skipper, KL Rahul played a crucial role in his team’s batting outfit last year. His stunning numbers in 2019 reveal the kind of impact he had on the tournament — 593 runs at a strike rate of 135.38.  He would look to carry on from where he left off last year. While he was equally dangerous against pace and spin last year, his battle against slow bowlers on UAE surfaces would be interesting to watch.

The pitches at venues in the Middle-East make shot-making slightly more difficult, which is why someone like Dale Steyn might trouble the KXIP opener. Rahul is leading an IPL franchise for the first time and he managed to keep his composure, it can be a huge blessing for the Punjab-based franchise.

This is a battle of unconventional cricketers, if we may call it so. The Australia all-rounder, Glenn Maxwell was the highest run-scorer for KXIP in the IPL 2014 when the tournament took place in UAE in the last season as he 16 matches he had scored 552 runs at a strike rate of 187.75.

Maxwell’s battle with Yuzvendra Chahal promises to be an enthralling one as the latter has often been seen fooling the all-rounder more often than not. Chahal is one of the best bowlers in the middle overs, and Maxwell will have to bat at his sensible best to unsettle Chahal. 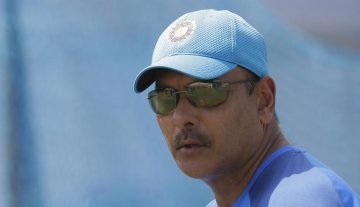