Pakistan skipper Sarfraz Ahmed had a quite successful 2017 with Pakistan. He led the men in green towards victory in the ICC Champions Trophy 2017 in England. Nobody had expected Pakistan to reach the playoffs, but Sarfraz introduced belief and confidence in his team that eventually helped the team to go all the way.

Dressing room disagreements are the last thing that a national squad wants. Such issues affect the on-field performances of the team and attract critiques from all over the world.

The history of Pakistan cricket is scattered with internal disagreements among top cricketers. The most famous one was the Waqar Younis-led revolt against then captain Wasim Akram during the 1990s. Former Pakistan cricketer Moin Khan believes that Sarfraz Ahmed should be given an extended run as the captain of Pakistan.

As quoted in Dawn, Moin said, “Pakistan cricket needs a long-term captain. With long-term stability, the team does not fall prey to such problems. The board needs to extend his captaincy for at least two more years. When the boys know that this is their captain for the long haul, such problems don’t occur.”

However, the good thing for Pakistan cricket is that the internal disagreements have reduced to a great extent in the last decade. The calming influence of former skipper Misbah-ul-Haq has had a great impact on the team.

During the recent tour to New Zealand, some of the reports suggested that a rift between the skipper and the fast bowler Hasan Ali was developed. But Sarfraz has cleared the air and has disclosed that the duo has settled the matter in the dressing room and there is no rift between them.

This news must come as a big relief to PCB as a rift may have affected the balance of the squad and it would have been too late for PCB to look into the matter. 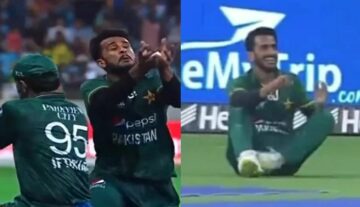