Even since its inaugural edition in 2008, the Indian Premier League (IPL) has become a one-stop destination for the young and ted Indian cricketers to showcase their talent to the world and one of them is all-rounder Krunal Pandya. He made his debut in Indian biggest money spinner in 2016 and there has been no looking back for him since then. He has turned out to be one of the crucial cogs of Mumbai Indians squad because of his consistent performances with both willow and the leather.

Recently, he played for India ‘A’ in their triangular series, involving England Lions and Windies ‘A’ on English soil. Although he didn’t get to bat for long period of time, he played a useful knock of 34 runs in the final at the Kennington Oval to help India ‘A’ beat the hosts by five wickets. He was thereafter drafted into the Indian T20I team for their three-match series against Eoin Morgan’s England last month, but couldn’t manage to make his debut.

The all-rounder was roped in as a replacement of Washington Sundar, who was ruled out due to an ankle injury. Recently, Krunal talked about his ambition of wearing the blue jersey in the World Cup 2019 in England and Wales. Moreover, he also sounded confident about improving his skills rather than pondering about the results as per reports in www.mumbaiindians.com.

Krunal elaborated said, “My ultimate goal is to play for the country. To play for India in the World Cup and that is the next goal to be very honest. I am going tournament by tournament or you can say match by match and if I do well consistently, I’ll get what I want. So obviously at the end, the ultimate aim is to play the 2019 World Cup for India. I hope the way I am going, I will achieve that as well.”

He concluded, “I have been working hard on my game. Slowly and steadily, I am improving on every aspect. In the end, the most important thing is to improve by every game, every tournament or every season and that is what I am focusing on. I am not thinking about the result but purely on improving.” 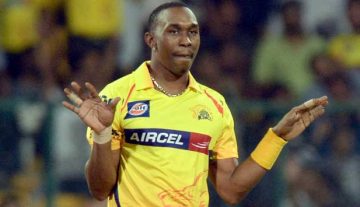 Article
By CricShots - May 6, 2017
Some of the most successful bowlers of IPL