Before the beginning of the Eliminator 2 of PSL 2018 between Peshawar Zalmi and Karachi Kings at Gaddafi Stadium (Lahore) on Wednesday, two helicopters were used to dry out the wet outfield. As a result, the match was reduced to 16-over each side where Peshawar Zalmi won by 13 runs and reach the final. 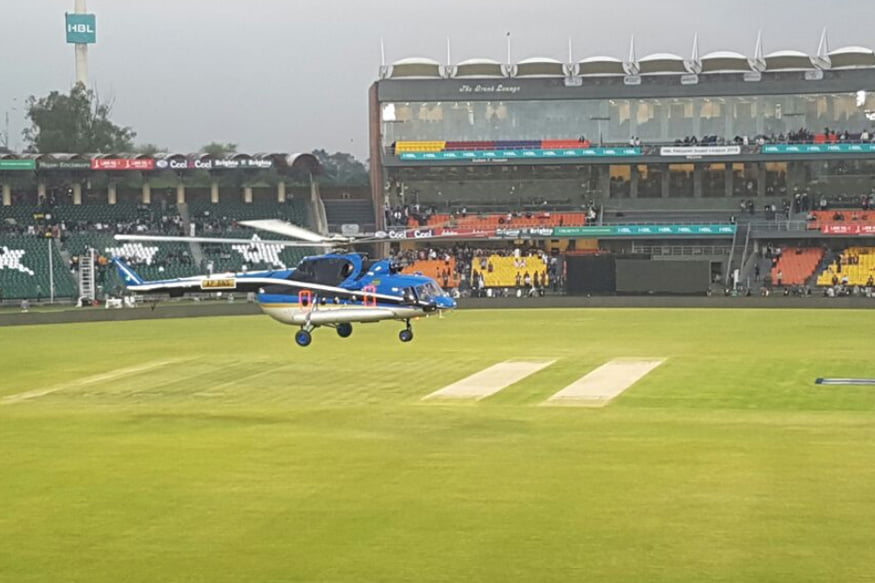 Wednesday was scheduled for the Eliminator 2 of the PSL 2018, which was to be played between the defending champion Peshawar Zalmi and Karachi Kings at Gaddafi Stadium (Lahore). But, rain was threatening the game very much.

Despite rain had stopped before the beginning of the game, the wet outfield raised the question over the match. PSL management used two helicopters to dry out the outfield and made possible for the match.

In the meantime, Najam Sethi tweeted, “Heli drying the ground in Lahore. As in 1996 World Cup. All systems are GO! Inshallah!”

Heli drying the ground in Lahore. As in 1996 World Cup. All systems are GO! Inshallah!

However, it was not the first time when Pakistan used the helicopter to dry out the outfield. It was first time used in 1996 Cricket World Cup final between Sri Lanka and Australia. That match had been also played at Gaddafi Stadium (Lahore) where Sri Lanka had won by 7 wickets and claimed their only Cricket WC trophy.

Coming to the Eliminator 2 match on Wednesday, the match was delayed and reduced to 16-overs for each side.

Karachi Kings won the toss and decided to field first. With the help of opener Kamran Akmal’s heroic thrashing knock of 77 runs off just 27 balls (5 fours and 8 sixes), Peshawar put a big total of 170/7 at the end of 16 overs.

In reply, Karachi Kings only managed to score 157/2 at the end of 16 overs. The defending champion Peshawar Zalmi won the match by 13 runs and reach the final. 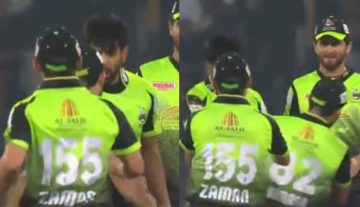 Videos
By CricShots - Feb 22, 2022
Haris Rauf Slapped His Teammate Who Dropped A Catch