Former India cricketer Sanjay Manjrekar, who was recently dropped from the commentary panel of the Board of Control of Cricket in India’s (BCCI) has on Monday, during a Q&A session, named Shreyas Iyer as India’s No 4 and Hardik Pandya as the all-rounder option in the upcoming ICC T20 World Cup latest this year in Australia.

Tweeting about the same to an Indian fan, Sanjay wrote: “Your Number 4 Indian batsman and allrounder selection for T20WC?,” the Twitter used asked. In response to the question, Manjrekar gave clear replies. ‘Shreyas and Hardik respectively.”

On the other hand, Hardik was expected to make a comeback in the three-match ODI series against South Africa that was canceled due to the coronavirus outbreak. The allrounder too showed glimpses of good form when he featured in the DY Patil tournament slamming two centuries as he smashed two centuries in the tournament and took a 5-fer as well

Both the players are supposed to play the cash-rich Indian Premier League (IPL) which has been postponed till April 15 due to the Covid19 pandemic that has affected all sports globally. Meanwhile, the number of coronavirus positive patients in India went past 500 with 10 people losing their lives on Tuesday, as per the Indian Council of Medical Research (ICMR).

The entire world is slowly moving towards a lockdown due to the scare of the ever-escalating situation concerning the World Health Organisation-recognized pandemic that is the Coronavirus. Everything- schools, colleges, airports, railway stations, gyms, sporting events, movies, offices- have been put under lockdown as the world continues to self-isolate in order to control the pandemic. 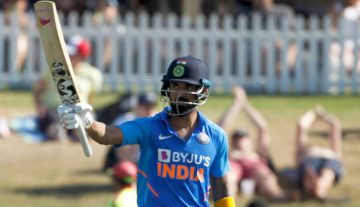