The popular Indian politician, Shashi Tharoor has now shifted his focus on enhancing the integrity of sports by regulating sports betting and penalizing match-fixing. The Congressman, known as the man of big words especially due to his massive vocabulary, has been in the news for introducing multiple contemporary bills. Earlier this week introduced a bill in the Lok Sabha that penalizes marital rape.

A Private Member’s bill was introduced by the Thiruvananthapuram MP in the lower house of parliament on December 28, 2018. Previously, the Law Commission had released its 276th Report to the Government, titled ‘Legal Framework: Gambling and Sports Betting including in Cricket in India’. According to the reports, the match-fixing and fraud should be criminalized. In addition, legalizing sports betting under strict regulation was eyed by the parliament.

Apart from that, the Bill also focuses on is maintaining the integrity of sports. The aim is to prevent any sporting event or match to be compromised due to match-fixing or manipulation. It also defines online sports gaming as placing a bet on the whole or partial outcome of a sports match via a telecommunication device. Despite the fact that no set of rules have been decided so far, the potential restrictions that the commission can place include the banning of minors from playing, introducing a maximum charge for betting fees, also limiting access to credit for wagering also check cricket betting sites.

Expressing his views regarding the bill, Dr. Shashi Tharoor said, “The integrity of sports is essential to preserve its beneficial aspects. Sports integrity is increasingly under threat due to unabated acts of fraud and corruption. My Bill addresses this issue by criminalizing sports fraud, including match-fixing and spot-fixing. The law must adopt a regulatory approach and effectively demarcate the lines of permissible conduct in the field of betting or gaming in connection with a sporting event. My Bill provides the framework to make this possible.” 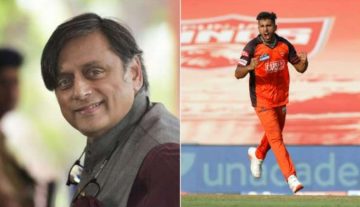