Australian batting maestro Steve Smith is going through an extended purple patch with the bat in hand. Earlier, experts were predicting that it could be Steve Smith’s Ashes and he didn’t disappoint his well-wishers.

Smith produced astonishing numbers from his bat throughout this summer and in the process, he became the second most prolific Australian run-scorer in an Ashes while leading the side.

Now, he is sandwiching between Don Brandman, who is at first and third place in the same tally. Smith managed 687 runs in seven innings at an average of 137 while his best score was 239 at Perth. Bradman is topper with 810 runs during 1936/37 home Ashes series.

Smith looked happy with his performance in the series and said “It has been a great couple of months. The cricket that we have played in the last couple of months has been outstanding. We have just been able to get on top and win those key moments and not let them back in the game which is crucial.”

Australia won the series by four to nil as England failed to survive on day five of Sydney Test against a fired-up Pat Cummins, who bagged Man of the match for his two four-fers in the match. 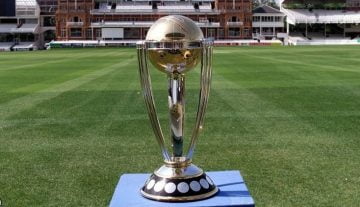 News
By CricShots - Apr 24, 2018
More number of associate teams in World Cups to be discussed at ICC meet