Along with the famous stand-up comic Azeem Banatwalla, Dhoni was seen promoting the campaign. As per the video, ardent Manchester United fans may get a chance to win a trip to Old Trafford, signed Merchandise and more.

Dhoni’s entry was kind of funny in the video. When his partner in the video, Azeem finishes saying, “This is not a Football club, it’s a worldwide community. United fans are everywhere. In fact, you will find them in places, where you least expect it,” Dhoni appears sitting on a sofa and reading newspaper.

In an interview describing his love for football, Dhoni said, “I am an avid EPL fan and I just played out a real situation in front of the camera, If I am not busy with cricket, I am always busy with EPL during weekends. Football is extremely exciting and very close to my heart. I was a goalkeeper during my school days. Even today, I play football as a warm-up game ahead of key cricket matches.”

Presenting the #GulfFanAcademy for every ardent fan of Manchester United. Follow #GulfFanAcademy to win a trip to Old Trafford, Signed Merchandise and more….Come & be part of it! 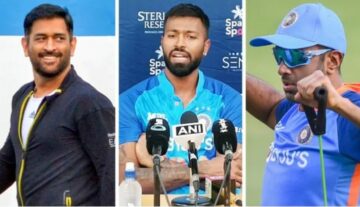