The Indian skipper, Virat Kohli registered his 27th Test century to help India take a huge lead of 241 runs over Bangladesh on Day 2 of the Day-Night match at Eden Gardens, Kolkata Saturday. Once he reached the hundred, Kohli smashed Abu Jayed four successive boundaries in the 71st over.

The 31-year-old started with a streaky four off the first ball, to the backward region and he followed it with a sublime straight drive past Ravindra Jadeja at the non-striker’s end. Showing his class, Virat flicked the third ball past mid-wicket. Then, Kohli found the gap in the square region for the fourth four. He also got the fifth one as well but bowler managed to get his leg at the right time on a straight drive by the modern master.

Here is the video of the boundaries:

Virat thus scored most runs a single over in Test cricket, 19 in that Kohli. In the last Test match at Indore, Jayed dismissed Kohli for a rare duck. Today Kohli departed after making 136 off 194 balls with the help of 18 fours, owing to a stunning catch at deep fine leg by Taijul Islam, off Ebadat Hossain.

Kohli scored 136 off 194 balls with 18 boundaries to put India in a commanding position in the Day-night Test. India declared their innings at the score of 347/9 in 89.4 overs with a lead of 241 runs over Bangladesh, who got bowled out for 106 inside two sessions on the first day on Friday.

Virat also went past Steve Smith on the list of batsmen with most hundreds in Test cricket. Kohli is now tied at the 17th position alongside Graeme Smith and Allan Border. He is also 3rd on the list of most international centuries after Ponting and Sachin Tendulkar with 70 tons under his belt in 438 innings with Ponting has 71 three-figure scores in 668 innings. 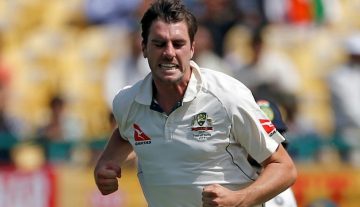